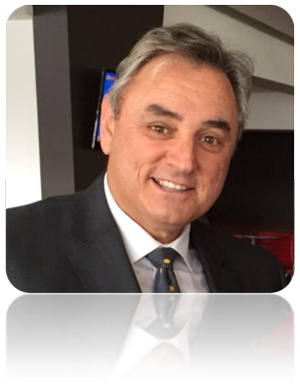 ARTICLE:
Franchise Business Through the Eyes of a Franchise Consultant

The franchising industry has undergone major changes aimed at setting and regulating industry standards.  Franchise Central’s senior franchise consultant, Nick James asks the question: “Have these changes worked? And just who is watching us …”

Franchising can be a wonderful thing – we’ve all heard the statistics, seen the success stories, read about the innovators, watched small organisations become international heavyweights.  It is a powerful tool and provides those wishing to start up their own business a helping hand to guide them through what is essentially a steep learning curve. For instance, groups like McDonalds, Dominoes, Hairhouse Warehouse, The Coffee Club and Fastway Couriers could never replicate the growth they have already achieved, and indeed, continue to achieve if franchising was not chosen as the method of expansion.

However, franchising does have a dark side. You don’t hear much about the franchise concepts that do not succeed.  You don’t hear much about the disgruntled franchisees who have lost time and money, through investing into a scheme that was nothing more than a half-baked idea. Potential franchisees demand two things – safety and security.  They need to know what kind of group they are considering joining, how long they have operated, where they operate, what the background of the company directors is, where they plan to take the group strategically,  and finally, what kind of support they will receive.  In short, franchisees need and have the right to know that the group they are joining is ethical and reputable.

Enter the Federal Government’s Department of Workplace Relations and Small Business. On the 1st July 1998, the federal government enacted the Franchising Code of Conduct, and in doing so acknowledged that franchising was an integral part of the Australian economy. This was the final stage of a series of events that took over seven years to reach some sort of conclusion and present day standards in the franchising arena.

The question begs, has it?  Have the complex disclosure requirements and dispute resolution procedures really been of benefit? Whilst one could be snide and say that the lawyers have been the real winners, the truth is that the Franchising Code of Conduct has restricted the entry of sub-standard operators and improved the reputation of franchising. The cost involved with compliance – a process that often involves the work of lawyers, accountants and advisers – is one entry barrier. For a potential franchisor to invest that much time, effort and money is a strong sign that they have real faith in their ideas and systems.

Basically, the Franchising Code of Conduct offers some protection for participants. Many franchisors have stated that the code is too detailed, and question just why they are forced to disclose such details as any prior breaches of a franchise agreement, contravention of the Competition and Consumer Act 2010, contravention of the Corporations Act 2001, misconduct, dishonesty, criminal record, bankruptcy and insolvency.

Many franchisors argued that the costs associated would hinder the growth of the industry and scare off potential franchisees. Scare off franchisees; it seems odd that some franchisors are worried that through providing details that outline the integrity of their business they would scare potential investors. If the system they are promoting is so good, so noble and honest, then the Disclosure Document would do nothing but back up the claims they make through advertising and promotional materials.

I believe that in general the majority of franchisors are doing their best to comply, which shows that the industry in general is doing its best to be ethical and honest. No doubt some will be investigated and subsequently charged by the ACCC, but this is not a bad thing.

It is good to get rid of the dodgy systems and the conmen, the people who sell their businesses off the back of an industry that has defied economical trends and cycles and remained a strong, solid way of doing business for a long time. It is good to shake the advisers and lawyers who try and find every loophole, every possible emotive word or phrase to evoke a feeling of confidence in the prospective franchisee.

Although the trend for franchising is normally expected in countries like the United States or Europe, here in Australia these kind of business directions are typically adopted with a little more caution. Business owners now have the understanding that franchising really does work and there are numerous examples of quality franchises in operation around Australia.

Due to the high level of franchising publicity within international markets, Australia has well and truly tapped into this market frenzy and this style of business operation. Getting started in business franchising has never been as simple as it is today, and the variety of franchise offerings is growing constantly. If you are considering growing your business without the pain of additional stores, inventory, staff responsibilities and capital injection, franchising is the ideal method of further expansion.

Business owners of today can be assured that Australia has well and truly adopted the strictest standards and regulations for business franchising in the world. Conforming to these standards, a reputable Franchise Consultancy will ensure the path you take is the correct choice for your business. The secret is finding the right franchise and the right Franchise Consultant. Look for people who are willing to help – patient, kind and understanding.  Buying a business, any business, is a big step.  You must take your time, shop around and always do your due diligence.  All the hard work and research will be more than worth it when you find yourself in charge of your future, and most importantly, happy!

Thinking of franchising your business? Normally $1100 + GST, Franchise Central is offering a